Ever hear a music that reminds you of a friend, but before you get the chance to tell the friend of the song that you heard, you have forgotten? This is just one of scenarios where Get Rec'd is particular useful, as it provides a seamless way for you to send "recs" for media sources to friends.

Get Rec'd was implemented on two separate platforms, Android and Web, and utilities various frameworks.

The team as a whole ran into a couple of challenges that provided various learning points over the entire period. For the Android app design, one challenge was finding a suitable UI that allows for a smooth user experience. This then needed us to implement multiple Recycler Views that were populated dynamically with items that were recommended (rec’d) by your peers. To generate content we were able to utilize a couple of material design elements that allowed the user to paste links across different categories such as Floating Action Buttons and Navigation Drawers. For the Web design aspect, the biggest challenge was getting the front end and back end to sync based on how we represent the data and presenting that data back to the user. For the Android app, we managed to provided most of the intended functionality. The various UI elements work well and smoothly and make for a pleasurable experience. The data is there and able to be opened in app to encourage use of app. For the Web app, we have a responsive and dynamic UI that very well conveys what we were going for in terms of look and feel.

What I learned We learned how to implement various Android features such as asynchronous website processing, image processing and smooth scrolling, Viewpagers and RecyclerViews. For the Web, we learned how to integrate Parse with Facebook and our own app generated data.

We plan on making it functional for 4 additional media types and then focusing first on a college audience and then perfectly integrating it with the web side for better media generation. Also implementing an uproot/downvote system for articles 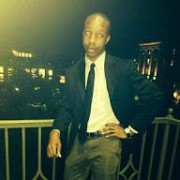