The world is a raft sailing through space with, potentially, plenty of provisions for everybody; the idea that we must all cooperate and see to it that everyone does his fair share of the work and gets his fair share of the provisions seems so blatantly obvious that one would say that no one could possibly fail to accept it unless he had some corrupt motive for clinging to the present system.

Taking the theme “Shape the future” and the unique dome screen we planned to use, we discussed a number of elements during the design phase that we felt would synergise the two together.

Topics ranged from very explicit takes on the theme, such as using geometric shapes, to the more abstract ideas such as Bucky Balls and Spaceship Earth.

Geotopia is multiplayer game set in space where the survival of earth, and each player, depends on players working together to keep waves of asteroids at bay, whilst also evolving their own cityscape on the surface of the earth to become the most dominant faction.

Players use a HTC Vive controller as a targeting weapon within the dome space to shoot down the asteroids that are heading towards earth. When a player shoots an asteroid down his faction’s city population will increase, but if one gets through the defences then all factions will be adversely affected.

Visually each faction’s city is represented by distinct 3D shapes as follows:

Correspondingly, a player’s targeting reticle re-uses this imagery in 2D:

The game ends when a city reaches ten buildings in size, only one player is left, or all cities have been destroyed.

We had already decided to use a 3m dome as the gaming surface, for its immersion qualities as well as ability to provide a space for two-six players.

We used Unity as the main game engine along with a specially developed fisheye camera to correct for the distortion of the dome projection.

The HTC Vive support was added using the SteamVR plugin but with the headset rendering disabled to avoid conflicts with the fisheye renderer. Because each headset dongle only pairs with two HTC Vive controller’s at a time we needed to bring one headset for each pair of controller’s we wanted to use. In the end we settled on four players, hence we needed two headsets.

The sound design was arranged in FMOD Studio and all graphical assets were created in 3DS Max.

Issues we ran into during development were:

Overall building a game from scratch during the course of the weekend using a combination of unproven technologies is our main achievement.

Only one member of the team had had any experience using a dome and that was in a non-interactive capacity i.e. films and visualisations. We had not been able to do any prior testing with the dome so we came to Jamchester with a blank sheet, not really knowing if we would be able to a) get the game displaying with a fisheye renderer or b) use Vive controllers within the dome space let alone upwards of six at a time.

Resolving the players reticle tracking on the dome surface was by far the single biggest technical hurdle and therefore a major achievement in itself.

Both individually and as a team we learned a number of things: 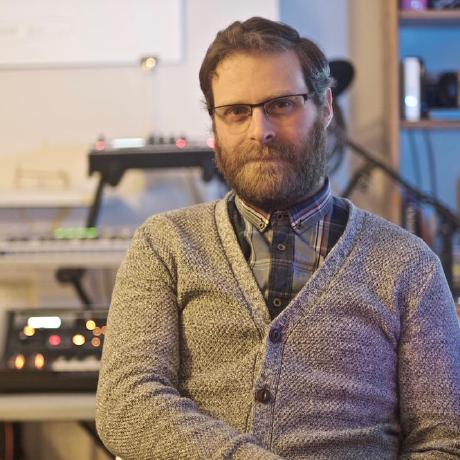