Following the news of hackathon announcement, and based on the recent epiphany of the connection between Message Passing and PDEs, I decided to create a tool torch_pdegraph which can facilitate solving pdes on graphs and demonstrate some out of their many potential applications in jupyter-notebooks.

At the backend all the magic is done by the torch_geometric's Message Passing interface.

To show some applications of PDEs on images and pointclouds in the jupyter-notebooks I had to create some simple knn-graphs. Although torch_cluster comes with a knn graph creation method, I found it to be slow when the node features have high dimension. This was overcome using the facebook's faiss library which allows very fast knn similarity search on the GPU.

I think the biggest accomplished for which I am happy is the skill I have developed, which is to implement PDEs via Message Passing. Certainly this skill will accelerate and expand my PhD research.

I learned quite a few valuable things:

I hope that this submission will raise interest in PDEs on graphs and their application.

How it looks in the code? 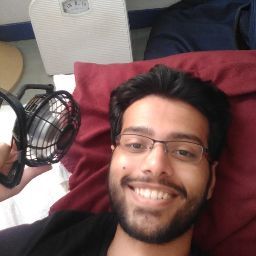