The TechCrunch article The collapse of Eth is inevitable was the inspiration for this project. While this team disagrees with the conclusions in the article, the concept of being able to transfer ERC20s without the need to also hold tokens sparked our interest. We believe that from a usability and UX perspective, the ability to transfer BAT without needing to hold another token (ether) is a major gain.

BAT with gas allows users to transfer ERC20 tokens without the need to hold ether, and allows miners to 'mine' tokens other than ether.

We used React, Greasemonkey, and web3 to create a web frontend for our smart contracts. We used Solidity and Geth to create and deploy the contracts.

The Greasemonkey script interacts with Youtube and prompts users to send a pure BAT transaction to the content creator which they've expressed interest in.

We used Bash and Javascript to create custom Geth testing tools, and Golang to modify Geth. The mining client is still under development.

Testing our implementation of Geth was challenging. Specifically we had difficulty controlling the miner to create reproducible tests.

We were able to reliably determine the addresses of the one off contracts used by users prior to contract generation by taking the hash of the user's public key and nonce. This allows users to approve the contract to transfer tokens on their behalf before the contract exists.

What's next for Gas with BAT

Complete the mining client and spread awareness to users and miners. 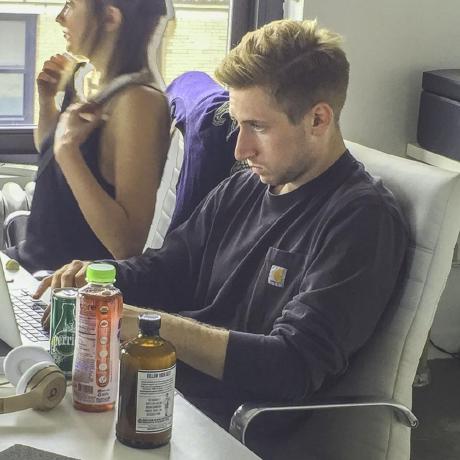