Games are a form of entertainment and pleasure to many of us.

According to a market study, the global video game industry is valued at USD 151.06 billion in 2019 and is expected to grow at a Compound Annual Growth Rate (CAGR) of 12.9% from 2020 to 2027. This means that there will be more selection of games for us. For gamers and for people who are not familiar with video games, it can be daunting to find and choose a game that they will enjoy.

Gameo aims to become the number 1 game recommendation engine for anyone to use. At Gameo, we believe that there is a game for anyone. Whether or not you have played video games before, Gameo will have a game for you.

Twitch API, which allows Gameo to fetch the newest and trending games. Official documentation can be found here.

RAWG API, which allows Gameo to access detailed information for each game. Official documentation can be found here.

Metacritic Game Dataset and Metacritic User Comments Dataset, which are used for training the model can be found here.

Learning and integrating PyTorch into our Flask and React App

A fully working Game Recommendation Platform for anyone!

Reommendation engine algorithms and how they work

What's next for Gameo

Improving the current recommendation algorithm and filtering games through its metadata such as platform and genres. 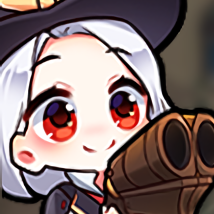