Connor ran for the purchasing steward of his fraternity with a noble goal - to bring protein to his lowly, malnourished counterparts. People told him, that his idea was a stretch. It would take a lot of work, and the haters doubted it would ever actually happen.

Connor and Evans left school unvalidated plebeians and will return to Pittsburgh as messiah. Visit us at Table 4!

The Gain Guardian is designed with the goal in mind to dispense Protein shakes, but in reality have further reaching applications. All code was designed to be as portable as possible, and we kept the idea of scalable distributed sensors in the forefront of our process.

The dispenser has a mag strip reader that accepts ID's from our university and upon swipe activates the dispensing system (for our prototype we did this by triggering a servo to move a sheet). The user can then dispense as much liquid as they care for.

The dispenser will then log the users ID into initial state, a platform for data visualization. Here, users can see trends of drinking among all users of their device.

We also built a Node JS backend that has information regarding the amount of consumption the individual has had, as well as the amount that is left in the container. When the container is running low on liquid the device will email the user to remind them to buy more.

We had very little experience with Node or Raspberry Pi when coming into this project.

While we had little experience with Node and Raspberry Pi coming into this project, we left with a new powerful skill set with these technologies.

We learned how to integrate the Raspberry Pi with the external world both sensors and web technologies. After integrating several protocols, each successive integration proved faster.

What's next for Gain Guardian

This project is only just the beginning. We made our backend easily extensible to more sensors, and are planning on expanding the power of this beverage inventory management system to become a full scale personal inventory management system. We will expand from solely caring about presence of items, to care more deeply about the quality of certain items by measuring, for example, temperature in a refrigeration unit. We also plan to continue having butt loads of fun. 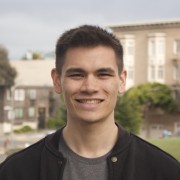 Please Visit us at Table 4!