People often want to co-own an NFT, as explained in the article linked above. Implementing this using a traditional multi-sig wallet is a logical next step but this proposal brings several important improvements in terms of further closing the gap between decentralized and centralized financila systems:

Some concrete and easy-to-relate example use cases include representing an apartment co-ownership, selling fraction of an art piece, etc.

A wallet with a protocol that allows safe buy-and-sell of NFTs, to-and-from individual owners and a group of owners. 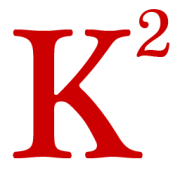