Forbid is a chat-based game that harkens back to the text-based MUDs of old. Explore the Forbidden Lands, go on quests, and talk to the intelligent innkeeper, all from the comfort of your desk. (Just don't let your boss find out!)

Many years ago, in an era long past, weekends were for MUDs. Not for playing outside in the mud (though as children, we did plenty of that, too), but for dialing into a BBS using a number that we wrote down from the back of computer catalogs found at the library. Many a weekend we could be found vanquishing enemies in any number of text-based multi-user dungeon games, played on our old i486s. We wanted to bring our childhoods - and all the fun we had playing text-based MUDs - into the modern world.

Forbid is a short, fun way to take a break throughout your workday. It's a game that you can play alongside your coworkers, but it's not so distracting as to detract from your ability to do your job. (Your real job, not your in-game job of completing quests and leveling up!)

Simply add the Forbid app to Slack, then start a DM with the Forbid bot! It will introduce you to the Forbidden Lands, and you'll be playing like a pro in no time.

We were able to take advantage of the different types of message formatting that Slack offers in order to make a game that not only is interesting, but also looks good without the addition of custom graphics.

We used Lex to add intelligence to the innkeeper, so you're able to ask her anything you want (and get a reasonably coherent response in return).

Why did we build this?

We've been wanting to bring back the old-school text-based MUDs of our younger years, and this chatbot contest seemed like the perfect opportunity to do so.

We had to figure out how to convert the old-school MUD-type gameplay into something that would work well in a chatbot interface. It was a fun challenge to figure out how to use the built-in Slack message formatting to create an interesting, engaging text-based game, without using any additional graphical or audio elements that a normal game would have at its disposal.

We also needed to figure out how to make the game fun for a work environment, but also not be so distracting that it keeps anyone from focusing on their real job.

Lastly, integrating Lex was an interesting challenge, because for most of the game we use buttons rather than written commands to move the game along. The innkeeper was the perfect place to use Lex, but we had to figure out how to integrate it to give her the ability to answer more open-ended questions that users might have.

What's next for Forbid 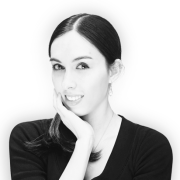