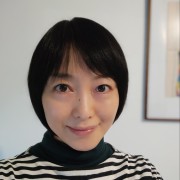 1) Some neighbourhoods have more frequent food inspection violations than others.

2) Overall, these violations are followed by a dip in the reviews, but it generally goes back up again after a year or so.

3) The dip is more prominent in restaurants with more severe violations (indicated by heavier fines, >3K$), and they generally don't show much sign of improvement afterwards.

4) Some restaurants with less severe violations (fines <3K$) actually improve their ratings afterwards, and they tend to be concentrated in Plateau area.