FlowMotion is a state of complete engagement in a creative or playful activity characterised by elevated productivity and transcendent awareness. Long exploited by athletes and artists, flow has recently gained the attention of organisations such as Google and the military to maximise performance. Our vision is to induce Flow through the use of immersive media technology, and help all beings achieve happiness and freedom from delusion through transcendental awareness.

The virtual reality environment is designed specifically to exploit a variety of techniques known to induce flow and meditative states: creativity, body awareness, rhythm, skill, agency, flow toys, binaural sound, expanding space visualisations, and multi-sensory cross modalities. The user is placed in ever-expanding cosmic and psychedelic spaces, and is encouraged to dance to creatively manipulate orbs that paint trails in space via a carefully tuned springy interaction. The resonant frequency of this interaction corresponds to background music, and the music volume is in turn sustained by the user's perpetual dance and flow state.

We employed Unity 5.6 with its new collaboration features, along with C#, to build the virtual environment. The interaction is based on resonance, a physical phenomenon whereby a consciously maintained tempo will amplify movements that can then be played with in a dance of creativity, playful painting of trails, concentration and skill development, inspired by juggling, poi and other flow toys. We used a 360 degree virtual camera, video and images to generate an ever-expanding virtual universe. Several Unity Assets were also used, and our implementation is on Oculus CV1.

The main challenge was devising a flow task that incorporated the panoply of aforementioned flow effects. The task had to be easy to get into, and be some sort of behaviour in the environment that is a direct result of the user's body movement, mediated by some physical interface. A spring provides an effective such interface, and we built a strong mathematical basis for the physical interaction, with the energy in the system corresponding to the music volume, and the resonant frequency to the music tempo. We adjusted many subtle aspects of the interaction based on observing users and user feedback during the hackathon.

We are very proud to have worked so effectively as a team, and on the result of our work, which we believe has been very successful. We hope that the future of media technology has the potential not just for entertainment, education, communication, etc. that media technology has afforded so far, but also for enhanced wellbeing, mental and spiritual health, transcendence and personal transformation.

We learned new key skills related to Unity and C#, new for several team members. Ben and Tanner also made progress on their research and learned how to build a powerful flow-inducing VR platform which will be very useful in future research.

What's next for Flow

Tanner and Ben are going to extend the work into a research project as part of Tanner's Masters at Keio Media Design. Ben has made it his vision to build new tools for consciousness hacking and transcendence, for a happier present and future. As for Flow itself, we will add more gameplay features and release it for the general public to experience. 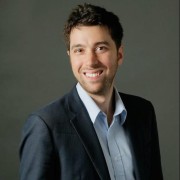