With our one of our team members being a part-time employee at Skyscanner, there was only one topic we could ever cover at HackUPC - flights! We decided to create a game where players compete to fly across the world as cheaply, quickly, and most importantly, with the lowest carbon footprint possible. By incorporating real flight data, we hope people of all ages can have fun while learning about the effect that travelling can have on the planet (and their wallets).

Starting in a random airport, two teams of players are each given a destination which they must reach to finish the game. To get around, each airport has multiple flights which go to other cities. When picking a flight, there are three things to consider, namely - the carbon footprint, the cost, and how long the flight will take. The lower these three values, the better the score. Once both teams have reached the final destination, the scores are compared and the team with the lowest score is pronounced the winner. Players can also see the route other players chose.

To collect real flight data, we used Skyscanner and a website called myclimate for carbon emissions of flights. For rendering the location of different cities and flight paths, we used the Javascript datamaps library.

Finding flight paths that were not too easy and were still intuitive to get the best score, all the while using real life data.

Came up with the idea during the opening ceremony and we worked really hard on it during the whole 36 hours.

Incorporate cooperative and competitive play into the game. Use Skyscanner API to automatically generate games using real life data. Create interesting challenges - with restrictions on flights and different ways to get points. 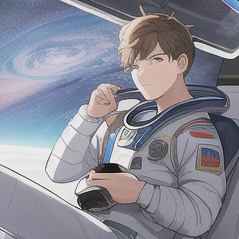