Most web3 users eventually end up having to store many different private keys. "Private Key Managers" such as MetaMask are incomplete solutions because you cannot sign arbitrary data programmatically, even though they are convenient ways for humans to consolidate their private keys.

Hushkey is custody as a service, enabling dApp developers and especially crypto novices to sign blockchain transactions without their private keys ever being exposed to networks or leaving the server. The Hushkey servers generate a secure hierarchical deterministic wallet (implementing BIP32+44+39) for each unique user. The wallet is essentially a master seed phrase that we securely store. The generation of individual keys is deterministically derived from this master seed, so that users can recover their keys in case of wallet loss. Additionally, the private keys of the wallet should be organized under an access hierarchy. Each element of the hierarchy corresponds to a group of users and a pair of signing keys associated with them. The privileges of a group of users depend on their level in the hierarchy. Users with higher privileges should be able to derive the keys of users on lower levels and in turn to sign messages (i.e., transactions) on their behalf. Users on lower levels, however, should not be able to escalate their privileges to the higher levels of the hierarchy, not even when colluding with others. Finally, we add in features that enhance security and privacy for the user using AZTEC for disguising Ethereum transactions, whitelisting to restrict contract interactions with trusted addresses only, and transfer limits to reduce worst-case loss scenarios. End users can sign arbitrary blockchain transactions via the Hushkey API interface. Crucially, the only data that leaves the Hushkey server are signed transactions, not keys.

Upon user signup, Hushkey generates a secure hierarchical deterministic wallet (implementing BIP32+44+39) for each unique user. The wallet is a master seed phrase that is securely stored, allowing for the deterministic generation of individual, recoverable keys for any number of accounts on any number of chains.

Leveraging AZTEC protocol's enhanced security and privacy for Ethereum transactions, users are able to both anonymize themselves and whitelist contract interactions with trusted IPs only.

TLDR; Users can sign arbitrary blockchain transactions via the Hushkey API interface. The only data that leaves the Hushkey server are signed transaction, not keys. 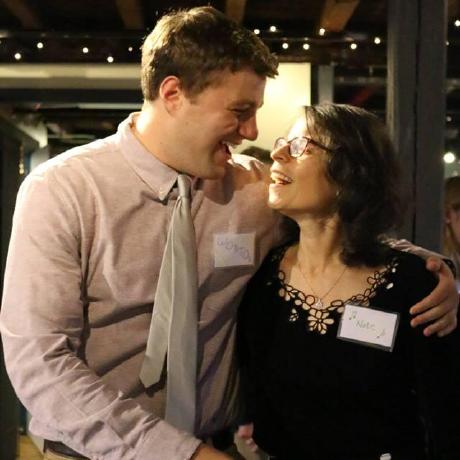