Fitbit widget for Dashing, which uses the Fitgem gem (to which I've contributed) to retrieve information from the Fitbit API (http://dev.fitbit.com/).

The widget slides through these views by CoffeeScript animation (see screenshots; there are graph views and lifetime achievement views; the last one is an error notice, which shows up when something goes wrong with the API).

Each view which has a goal and thus a percentage, shows the progress in a graph. These graphs and it's icon will change color depending on which percentage you've reached. For more information about the colors, see: https://github.com/kevintuhumury/dashing-fitbit#color-legend

I'm personally using a Fitbit Flex (http://www.fitbit.com/flex) and the data on the live demo is my progress through the day.

Demo: http://dashing-demo.herokuapp.com/demo (it also shows my Milkman and Errbit widget and my brothers Klimato and Nike+ widget. These are all listed on the additional third-party widgets wiki page and since the competition isn't over yet, we might add more widgets soon).

Update: I've added a configuration option called 'animate_views', which enables you to turn the animation on or off. When it's on it will rotate through the available statistics (each shown in a separate view), but when it's off, it will show a single view (a list) with all the statistics. An example of this view is shown in the second image in the gallery above. 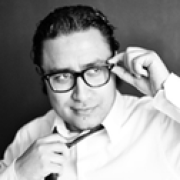