Our inspiration for this Fitbit app came from many sources. For many of us, it has been difficult to get ourselves moving during quarantine. We wanted to make an app that would help encourage us to get up and go for a walk. Going for even just a short walk is great for one's mental and physical health. Additionally, we wanted to incorporate the joke within the LGBTQ+ community that we walk faster than our straight peers. Thus, we made a fun UI that encourages one to walk as well as celebrating LGBTQ+ pride.

Fit Frog is a Fitbit app that measures the speed that a person is walking. Once this speed passes the average walking pace, "Gay Walking Mode" is enabled. This mode triggers an animated pride UI with a cute frog emoji as well. "Gay Walking Mode" will remain enabled while the person is walking at an above-average speed. When the person returns to a lower speed, the app reports how long they were at an elevated pace.

We built this app using the Fitbit development studio. We used Javascript, HTML, and CSS for programming the app, and then tested it on a Fitbit simulator. We also tested it on our own devices to get a more realistic feel for the user experience.

One of the challenges that we ran into is that there's not a lot of documentation for the Fitbit API. We were having a really hard time getting anything to display on the Fitbit screen initially. Another challenge we ran into was incorporating animations into our app. Because we're updating the display every second, our animations had to be quite fast. Lastly, there was a bit of a learning curve involved with using the Fitbit debugger. Using the simulator was different than debugging on our own devices and each of these methods had their pros and cons.

We learned how to use the Fitbit API, as well as it's capabilities and limitations. It was really interesting to dip our toes into the world of wearable technology and how it can be used to solve problems or improve quality of life.This project also allowed us to strengthen our skills in Javascript and HTML.

What's next for Fit Frog

There are many exciting ways in which our app could be improved. For example, we would like to make the app more accessible. Right now, the app only activates if the user is walking above a certain speed. This is not an accessible user experience for people of all abilities. We want to allow users to change the way that this app is activated, whether that means decreasing the speed necessary or by using a different criteria, such as heart rate, to activate the app. It would also be fun to allow the user to choose which pride flag that they want to be displayed on the screen. We hope this app will encourage users to celebrate what their body can do for them, whatever that might be. 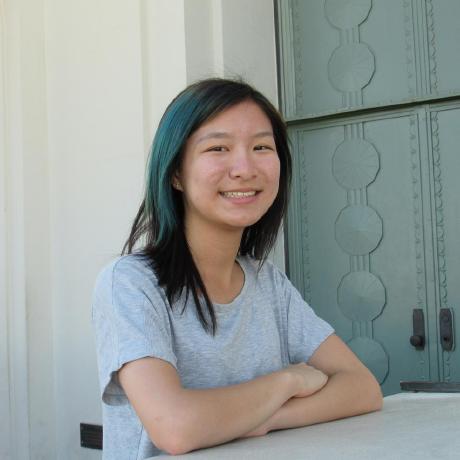