The inspiration for this game is my 7-years old son. I occasionally create simple educational games for him to play and learn. As he was playing with a similar game he started telling me what would be some great features to have in his game. His ideas in combination with our playful way of choosing what task to do next helped create this game/application for the Jira product. My son is my inspiration and our first tester.

In the end we are very proud of passing all the obstacles on our way and also very happy that we are participating in this hackathon with developers from all over the world.

We learned a lot of new tools and techniques and confirmed once again that to create a great app it needs to be fun working on it.

What's next for Fish your issue

Once we started working on this game, we were bombarded with a plethora of new ideas for possible future implementation. Here are some of them: 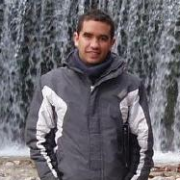