We were inspired by the the lack of people that have access to financial information and the fact that with an increasingly cashless society people don't know where ATM's are anymore!

For this reason we have build a facebook chatbot that interfaces with the openBanking API to gather financial data about accessable current accounts and ATM. We then use user input to try and match a person to an appropriate account. We also find people the nearest ATM and the most common provider of ATM's in a city.

We spent a long to both working out how to parse and write JSON files as we have not had experience with this before. We also spent a large amount of the hackathon setting up a server using Django and heroku. We then found Flask and managed to use python libs to parse and create JSON's.

When coming hear we had never even thought about creating a chatbot. Now that the hackathon is over we have a chatbot that will dynamically interface with a user whilst simultaneously parsing large amounts of data. This is something we are very proud of as we had no experience coming into it.

We hadn't used any part of the stack (other than python) and now we all know how to host a webserver, create a chatbot and parse and create huge JSON files.

What's next for FioNa - Chat my BANK

We definilty want to continue creating the chatbot although we may take it in a different direction as there is limited personalsed fincancial data out there and we feel we could use it for some very interesting applications (healthcare, investment and a chatbot to help others make a chatbot) 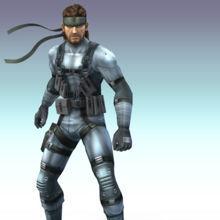