Learning a new instrument is hard. Inspired by games like Guitar Hero, we wanted to make a fun, interactive music experience but also have it translate to actually learning a new instrument. We chose the violin because most of our team members had never touched a violin prior to this hackathon. Learning the violin is also particularly difficult because there are no frets, such as those on a guitar, to help guide finger placement.

Fretless is a modular attachment that can be placed onto any instrument. Users can upload any MIDI file through our GUI. The file is converted to music numbers and sent to the Arduino, which then lights up LEDs at locations corresponding to where the user needs to press down on the string.

Fretless is composed to software and hardware components. We used a python MIDI library to convert MIDI files into music numbers readable by the Arduino. Then, we wrote an Arduino script to match the music numbers to the corresponding light. Because we were limited by the space on the violin board, we could not put four rows of LEDs (one for each string). Thus, we implemented logic to color code the lights to indicate which string to press.

One of the challenges we faced is that only one member on our team knew how to play the violin. Thus, the rest of the team was essentially learning how to play the violin and coding the functionalities and configuring the electronics of Fretless at the same time. Another challenge we ran into was the lack of hardware available. In particular, we weren’t able to check out as many LEDs as we needed. We also needed some components, like a female DC power adapter, that were not present at the hardware booth. And so, we had limited resources and had to make do with what we had.

We’re really happy that we were able to create a working prototype together as a team. Some of the members on the team are also really proud of the fact that they are now able to play Ode to Joy on the violin!

Do not crimp lights too hard. Things are always harder than they seem to be. Ode to Joy on the violin :)

What's next for Fretless

We can make the LEDs smaller and less intrusive on the violin, ideally a LED pad that covers the entire fingerboard. Also, we would like to expand the software to include more instruments, such as cello, bass, guitar, and pipa. Finally, we would like to corporate a PDF sheet music to MIDI file converter so that people can learn to play a wider range of songs. 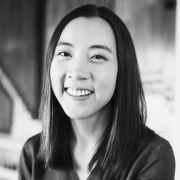