I think it's worth sharing because I created a distributed mass email system in one night for the greater good of finding a lost cat.

Now; it is a bit spammy but since it is not commercial, I give it a pass.

in the following script I set this up to run via digital ocean nodes that were spun up; processed x amount of outbound messages and then spun down the worker node.

No, I didn't ever find my cat

My wife believes our neighbor stole her, because she was a gorgeous calico cat

No, not happy about it 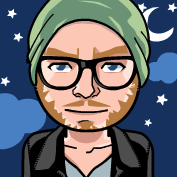