You're busy. When you have a quick task or idea you need to jot down, you shouldn't spend more time figuring out how to organize it than you do writing the note itself. At Fetchnotes, we've solved this by allowing you to organize as you type with hashtags. But we know you want to have all your data in one place, so we've brought this experience to Evernote.

As part of Evernote Devcup, we've released the ability to link your accounts and convert the hashtags in notes created in Fetchnotes into tags in Evernote. Not only does this make it even easier to get things into Evernote, but it keeps them neatly filed in their proper place to act on later. Stop using a single note as a dumping ground for your brain and become more organized today! 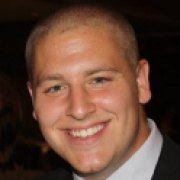