Did you know that leggings are mostly made of oil, and it takes about 10,000 liters of water to produce 1 kilogram of cotton fabric? Fashion production is the second-largest consumer of the world's water, and produces 10% of humanity's carbon emissions. Given that it takes so many resources to make even one piece of clothing, one particularly grievous sector of the fashion industry is fast fashion - clothing cheaply made following a microtrend and designed to be replaced a few months later as the microtrend goes out of fashion. We wanted to build something to target the environmental impact of fast fashion.

Upon launch of our mobile app, the user is taken immediately to a camera interface. Here, they can take a picture of a piece of clothing they'd either like to buy (in the store) or already have (at home). Then, they will be taken to a screen to input the fabric composition of the item (found on the item's tag). Finally, based on the type and composition of the item, our app will tell the user how many environmental resources were used in the item's production, so they can decide whether or not to buy it or (in the store) or reevaluate their fashion choices (at home) without impacting their style.

We used React Native, Expo, Node.js, and the Mirror That Look API.

For some reason, Expo's camera permissions were really hard to get approved. Also, none of us had much experience with React Native, and those of us who had worked in React before weren't familiar with functional components (vs class components). Since Expo's docs didn't consistently use one or the other, they were somewhat tricky to use. Our team also had some last-minute member changes as some team members fell sick and had to leave. Lastly, the documentation for the Mirror That Look API wasn't written very clearly, and an endpoint we really wanted to use in our project was down, so we had to find an alternative.

Getting Expo's camera screen to work! Also, developing a mobile app for the first time and learning about React's functional components.

A feature that directs users to more sustainable options of a similar style, or to local businesses/thrift stores with similar items 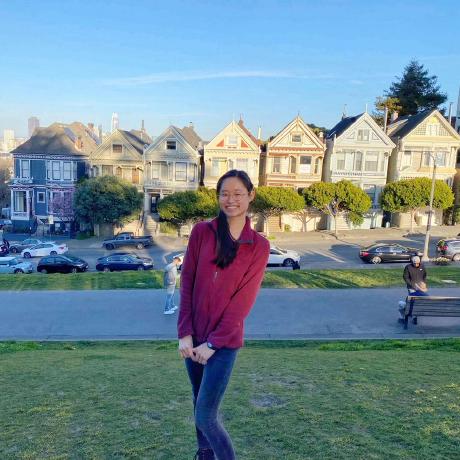