We have always loved old school dungeon crawlers, tabletop games, and MMO RPGs. The goal was to build a proof of concept of a dungeon crawler combined with a turn-based RPG where users own their characters, level them up, accumulate items, and complete dynamic and fun campaigns.

Smart contracts unlock composability and true ownership of in-game assets. Chainlink VRF allows us to incorporate a dynamic gameplay that's more powerful than rolling a dice. Every aspect of the game can be seeded by verifiable randomness, from the events that happen on turns, the enemies you fight, the items you loot, to the specifics of the combat itself (dodging, blocking, etc.).

Zero-knowledge proofs are making waves in the blockchain industry, and being able to secure the completion of the campaign with ZK tech was a rewarding and fun challenge.

1.) FantasyCharacter -- The ERC721 contract that controls minting and ownership of the character NFTs.

2.) FantasyThings -- Library that defines the shared structs used throughout all the contracts.

3.) FantasyAttributesManager -- Manages the statistics, level, and xp for all minted Fantasy Characters

4.) CampaignPlaymaster -- An abstract contract that provides a base gameplay experience for any campaign smart contract that's developed.

5.) CastleCampaign -- The implementation of CampaignPlaymaster for the demo. Implements a 4 turn campaign with henchman mobs and a dragon boss.

6.) PuzzleVerifier -- verifies the ZK proof submitted by the user that they are ready for the final fight. This contract is automatically produced by Circom.

Circom (https://iden3.io/circom) along with snarkjs was used for programming the circuits and creating the zero knowledge proofs that secure the completion of the dungeon. When the user reaches the end of the dungeon, the final door will only open if the user has completed the prior turns AND has physically moved (taken a valid path) to the end of the dungeon. Locally the browser will produce a proof and check the turn conditions and only call the contract if it believes the transaction will succeed.

For the smart contracts, Hardhat/Ethers/Mocha were used for the local development tools and testing. The circuits are tested with circom_tester and Jest.

The front end is built with React and TypeScript, along with Web3Modal for the wallet interactions.

Building this project opened our eyes to so many different things in so many different areas. Most of all, it was really learning how to put seemingly separate pieces together in a way that creates one cohesive application. The Challenges Faced section highlights most of the major learning opportunities.

What's next for Fantasy Campaign

There is such an incredible opportunity to expand on this proof of concept, it's hard to know where to begin.

1.) Creating an item system where items accumulated in campaigns persist outside of the campaign data as it's own NFT for use in other campaigns.

2.) Adding a levelling, experience, and stats management component. This allows you to grow your character over time and decide how they develop.

3.) Adding a token system where ERC20 drops or mints from mobs and bosses killed, or is found in chests during campaigns. This token could be used for buying items from other players, etc.

4.) Community designed campaigns. An original idea of the game would be to have community members design their own campaigns. The community could then vote to implement or whitelist this campaign to link it to the stats manager, ERC20 (permission to mint), and items so the whole ecosystem is composable.

5.) Multiplayer functionality. Being able to progress through a campaign with a group of four would add a great fun social element.

6.) Randomly generating the mazes per user.

There are also some small code fixes to make such as the transferability of the character NFTs and gas optimizations. The combat mechanics could also use some balancing. 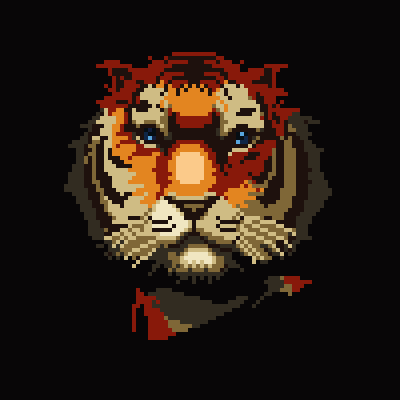