If you look around a soccer or football stadium, you'll probably see at least 20 fans with their phones out live streaming or recording the experience. What if we could take that content and bring it all together to give a fan a 360 view of a game in real time.

Our experience uses React VR to bring together multiple angles of an event that a user can watch with their headset in VR.

We used React VR. For the purposes of the demo, we did not use live streaming in VR but instead found recorded videos of the same event and synced the videos.

The limitations of React VR. React VR doesn't support HLS streaming so we couldn't link into a live video URL. It does support DASH streaming but the documentation was poor and the examples simply didn't work. Facebook Live and Twitch require iframes to drop in the live stream which react vr doesn't support.

Coding in React VR isn't easy. We had to build matrices to represent panels of videos and this was time consuming.

The limitations of Daydream VR. Daydream VR and React VR don't exactly play nice so the controller doesn't work which is very limiting to the user experience.

The limitations of VR as it stands

To make this actually a viable app, we'd probably need to build it in Android Studio, Unity or Unreal. React VR is just too limited 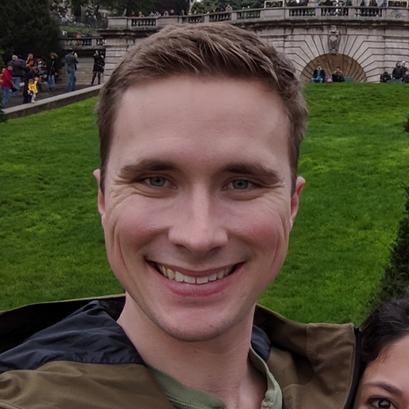