In the classic Michael Douglas film Falling Down, a man is driven past his breaking point after having a bad day. His last straw comes at a moment while his air-conditioning stops working in the midst of a traffic jam.

Although the film is fictional, it highlights dangers present in non-autonomous driver's mental well being. With the ease of access to FDA approved monitoring devices we can reduce the number of vehicle accidents caused by aggressive driving, driver fatigue and some health conditions.

Using an Arduino, we record the current heartbeat of the driver. Whenever the heartbeat escalates outside a given threshold a mobile app recording vehicle information is notified of the changes in heart rate. If the vehicle is currently in the Drive gear or under speed we switch the current music either to some relaxing Bob Marley or a bit of energetic punk.

Python app reads over serial from Arduino with a heartbeat sensor. Sends information to the phone via Parse silent push which triggers a receiver. The receiver checks the current heart rate and optionally plays music based on the last recording of vehicle information.

The entire system is based on a style of technical architecture commonly known as a Rube Goldberg machine.

Well, it was my first Android app so that was a pain. There were some challenges with the Ford TDK and API but they were overcome fairly easily. The worst was that I forgot a soldering iron and seriously no one had one.

It works and now I've got a good understanding of the SDL vehicle libraries.

How cool SDL is.

What's next for Falling Down

Probably sitting on github gathering dust. Hopefully it will inspire someone to connect an Android Wear device to the Ford SYNC to monitor people's heart rate. An important factor to look at is searching for atrial fibrillation in drivers which could be a precursor to heart attack. 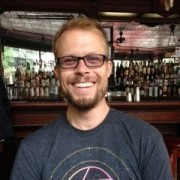