The current crisis has brought along a whole wave of misinformation to the world through various sources. Misinformation among the public regarding the health-related facts have caused instability in the world during this current pandemic. Ofcom has found that almost half of UK online adults came across fake news about coronavirus (Covid-19) at the beginning of April. Other political issues and problems have also been negatively affected by misinformation in social media and the news. With this project, we hope to give a platform for the truth to spread resulting in the healing of the world.

As the world becomes more globalized, news and media polarize the masses to greater depths with every major event, revolution, or social-impact movement. The grout among the bricks of the world's events is digital media - news articles, rapid-growth posts, videos. The problem is, with the incredible pace these media spread, nobody fact checks their authenticity, leaving many with the potential to spread harm or fear through misinformation.

We have built FakeCheck to bring the globe world-class, alert-ready and honest fact-checking that is intuitive, and easy for everyone to understand, regardless of their background. We also paired our tech with business value in mind, with a value-multiplying insight platform for businesses to better understand their brand image and perceived value to their customers around the world.

We make income for development and growth by serving personalized ads based on users' tastes in the news - something that is incredibly powerful, as well as charging for-profit businesses to gain value-multiplying insight from our platform on how their brands and banners are perceived.

We built a crowd-sourced media fake-news detection platform that puts the user and their media first while protecting anonymity to alert the world of fake news before it spreads and causes damage.

And our user-flow below:

Through this competition, we wish to strive for an award because we believe our platform will make use of an incredible software suite based on live alerts to address a worldwide crisis of misinformation during this pandemic.

We have been inspired by the current influx of fake news we see every day around the world to try and do something about it - the challenge comes from just how many people are misinformed and the speed at which it happens.

We want to win these challenges because we want to grow. We hope to use the prizes to help grow this idea to fruition to a point where we are able to make progress using the website's income from advertisement revenue. Something that is so under-implemented among the tech and news society today, this concept has the potential to strike rapid growth in the rating space for media, and help mitigate fake news' wrath altogether, by empowering the individual user to check their media easily. 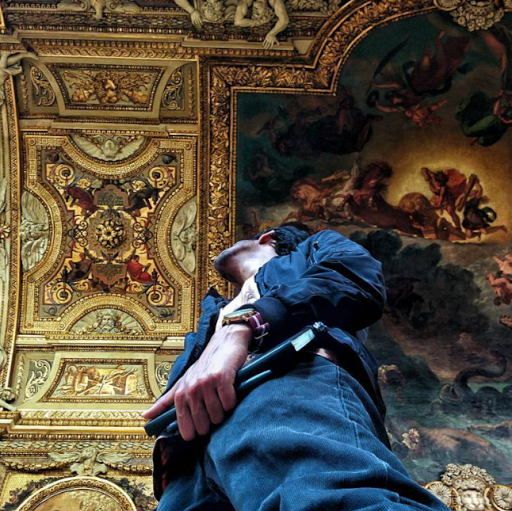