Recently I have been having to deal with map related data I found was sorely missing a way to calculate distances and travel times between locations from within Excel.

I have been searching for apartments and I wanted a function that could take the apartment address and calculate the commute time to work or the walking time to the nearest bus stop.

Similarly, I have been planning a long, multi-day trip and would like a function that would help me gauge if driving between two locations in a day is feasible.

mapDistance was the original function. It takes the two addresses and uses the Google directions API to get directions and other information. All that this function is interested in is the route distance. The route distance text version, which is already nicely formatted and includes units is returned as a string.

Same as mapDistance, but the distance is returned as an integer value in meters. This value is easier to manipulate programmatically.

Instead of returning distance, this function returns the time with units as a string.

Same as mapTime, except time value is turned as an integer number of seconds. Once again, this is easier to manipulate than the string version. The value returned here will be the starting point for finding the closest (by time) destination out of a list of destinations.

This function returns all of the data in a single cell. While the data isn’t as pretty, parsing it directly in excel is easy enough and by returning multiple data points additional API calls can be avoided lowering costs. Trades off simplicity on the client side with cost on the server side.

The custom functions are written in Visual Basic for Applications. The functions call the Google Directions API which returns JSON to parse. VBA and Excel are not well equipped for dealing with JSON, so I used a third party library, VBA-JSON parser, to parse it.

This project is my first attempt at using Visual Basic. I found the language was a bit tricky to get used to at first, but not too bad by the end. It was interesting because of the different syntax and because of how minimal the language is.

Parsing the JSON was harder than it should have been. It took me a while to get the JSON parsing property and to figure out how to use the new library to get data that goes below the first level.

I learned the basics of VBA and was reminded of how nice linting, autocomplete, and other modern IDE features are.

Try it for yourself! 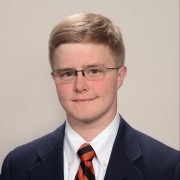 mapClosest function is available now! It comes at a relatively high API (and computational cost) but you can now calculate which point is closest to a given point.

Excel Mapping Toolkit 2.0 is coming soon! It will include a new JSON parsing library, improvements to the mapClosest function, and potentially a switch from Google Maps API to Microsoft Maps API as a result of my hackathon credits running out.