With the ongoing crisis, many people are unable to get the help they need because of how unsafe it is to visit hospitals and other physicians, and thus are deterred from getting medical help. Additionally, since most hospitals are at maximum capacity, it is very difficult for patients to get a spot at their local hospital. Because of this, we decided that instead of the patients going to the doctor, we would create a virtual platform that gives the patients access to their local physician right from home. This is also very essential since all around the world, doctors refuse to show up to appointments. For example, many Medicaid doctors rarely accept appointments because of their low salary, and many people around the world do not even have access to the necessary healthcare. On the other hand, our platform enables users to gain access to a doctor from their current location, so they are easily able to identify any issues before they expand. The user is able to record data usually collected through in-person physicals themselves and upload it to an app accessed by the doctor through our platform. The app automatically performs deep learning predictions on the patient data in order to give diagnostic suggestions to the doctor, easing the workload of the doctor.

In designing the brand name, we choose Ex Animo because “Ex Animo” means “From the heart” in Latin. Since the heart is the most essential part of the body, our platform provides a full diagnosis for the heart so that patients are able to identify any potential issues early in the process. After deciding on a name, we created our own domain, www.ex-animo.space, on from Domain.com.

Our platform essentially provides a thorough online physical examination for the patient. All you have to do is follow the instructions on the device, which will tell you how to record the data using the various sensors connected to the Pi and Arduino through an LCD screen. The data is uploaded to a GCP instance, where it is accessed by a web app. Doctors can log into a web app and view their patients’ files as well as their identifying information. Doctors can also add patients to the web app through a form. Convolutional neural network models that we trained give predictions on the patient data for heartbeat and breathing audio clips, to aid in the doctor’s job. They classify irregularities in heartbeat, as well as a multitude of lung conditions, such as pneumonia and COPD.

The hardware platform was built using a Raspberry Pi and Arduino. The Raspberry Pi controls a camera and a custom electronic stethoscope that we made. The camera takes photos of the patient for the doctor to see. The stethoscope is made with the head of a normal stethoscope with an electret microphone in the tube to record sound. The microphone was connected using a 3.5 mm jack to usb adapter to the Pi. The Raspberry Pi uses an LCD screen to guide the patient through the process. The Arduino is connected to an MLX90614 Temperature infrared sensor through I2C to measure a patient’s temperature. The Arduino and Pi are connected through Serial. The Raspberry Pi uploads the data from the sensors as files to a Google Cloud Storage instance. The web app, which is accessed by the doctor, accesses the GCP storage and displays links to the files for each patient and examination date. The web app was built using Meteor.js, HTML, and CSS. A script running on a seperate server downloads the files from the GCP and runs the machine learning models, uploading the results back to the GCP. For machine learning, we used the Python keras library with a tensorflow backend. We used two public datasets from Kaggle to get training data for classifying heart and lung diseases based off of stethoscope audio. A python library called Librosa was used to extract the MFCC’s (mel frequency cepstrum coefficients) which were fed as the input layer into the convolutional neural network. The heartbeat and breathing convolutional neural networks were trained for 250 epochs on a batch size of 256 on a RTX 2080ti.

We faced many dependency conflicts on the Raspberry PI for running our machine learning models. This would take too much time to resolve in the limited time we had in the hackathon. Therefore, we improvised a solution where a separate computer ran the predictions and uploaded the results to the cloud. We also ran into many issues with templating on the web app, which took some time to resolve. We also had to deal with overfitting on the ML model. 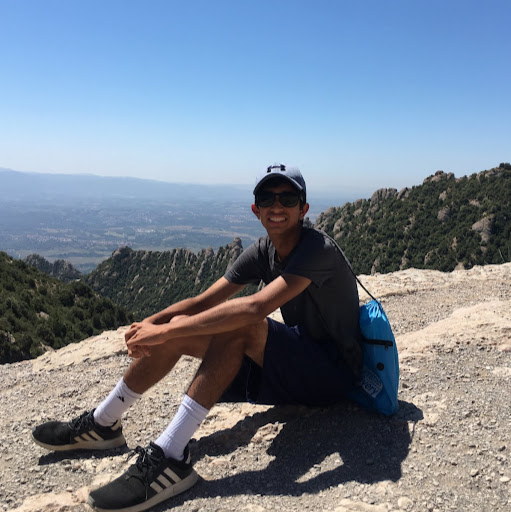