Thinking about the topic, we realized that, although there are many solutions out there on the macro scale, there are very few which bring the average person closer to sustainability. Regular people do not have access to the knowledge or connections needed and lack the incentive to pursue a more sustainable lifestyle. Thus, we found inspiration in Devpost and GitHub for our project. Just as Devpost is responsible for bringing like-minded developers and tech enthusiasts together through hackathons and various other programming events, EVOHub connects environmentalists together on a single platform with similar activities. Furthermore, we were inspired by Github's collaboration-based ecosystem and implemented identical features in EVOHub, where users have access to a myriad of shared events.

EVOHub is an app that incentivizes the average person to be more self-conscious about their sustainability through four principal methods. Firstly, EVOHub is an excellent place for people to get educated on topics including, but not limited to, climate change, waste management, and pollution. They can also learn about various breakthroughs and revolutionary technologies in such fields. This is possible because of EVOHub's curated newsfeed, where the user can access numerous related articles, updated daily. In addition, EVOHub allows users to create and participate in community events in the field of sustainability, allowing them to make an impact on a local scale. For example, an EVOHub user may create a clean-up event at a local beach to combat the rise of plastic pollution in our oceans. Subsequently, this event will be made public to all users in nearby communities through the EVOHub Events system. This leads to EVOHub's third operating principle, which is creating connections between users. EVOHub is similar to a social media app in this aspect, as users have the opportunity to befriend other individuals through the Connect tab. Doing so allows the user to see the events which their friends have attended in the past as well as compare their progress in achieving a more sustainable lifestyle through the accumulation of badges, which adds a fun and competitive element to the app. Badges, the final operating principle of EVOHub, are virtual trophies earned through a demonstrated commitment to a sustainable lifestyle. Users who log in every day or attend events will earn points that fill up a progress bar on their home screen. After reaching a certain milestone, they will be rewarded with a new and unique badge.

Firstly, we designed low-fidelity prototypes on whiteboards in order to test and compare different ideas for the layout of EVOHub. After settling on our current design, we moved our workspace to Figma, a product design application. Knowing that we were limited by time, we decided to focus on only the design and theory of the app, not the implementation. Therefore, we only worked with CSS in our Figma workspace. We used the Figma application throughout the remainder of the design process before we ended up with our current product.

Our biggest roadblock was the complexity of our design coupled with our inability to export the EVOHub design into a React environment (we were blocked by a paywall). We were originally hoping to continue working on the app in React, however, this challenge meant that we would be unable to do so because it would take too long to write what we already had in an HTML and CSS environment, given how detailed our design was.

None of us have had any experience with product design before and so we are especially proud that, over the course of a day, we were able to produce such a streamlined, detailed, and visually aesthetic design. We are also proud of how quickly we were able to become familiar with Figma, as none of us had used the platform before.

We learned that following a clear and well-outlined process makes product design very pleasant and unproblematic. Furthermore, we learned that focusing on the larger idea, rather than the smaller details such as the software or hardware, is more fruitful in the long run because it allows our ideas to develop better and allows the project to adapt swiftly if our ideas change later along.

We hope to find a way to implement our app in a React environment, continue its development, and publish it on the App Store during our reading week this October! 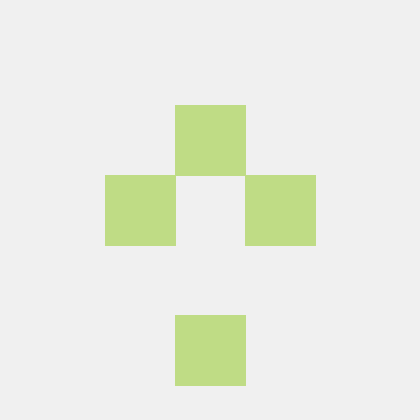