How the idea saw the light

I have always loved, and still, love attending events of different kinds, because my interests are numerous, I love rock music, programming, TV Shows, singing, entrepreneurship, and much more. Events are what shaped who I am and made me accomplish nearly everything I ever did, music and TV shows made me creative, tech made me build new things, and so on. The outcome of that was that I find myself within a large network of people that I get to know in each event I attend, and they are mostly just like me; they love attending events. Last year, I had this friend at the end of my senior year of high school and I was telling him about this tech event I went to a week ago; how awesome it was as well as showing him the cool freebies we received. That was when he actually got a little pissed that I didn't tell him about it, even though I knew he loves technology just as much as I do.

This situation actually happened more than once, but this time it was like a wake-up call. So, I decided to make "Whatsapp Groups", added my friends in them, and started sending them messages about events I found and plan to go to. However, it became hectic, and that was when I came up with evenius.

Evenius is a chatbot that delivers users nearby events related to their interests. The users would choose the radius they want to receive events within that circle from their location and pick intervals of how often they want to receive events. The main purpose of evenius is to help users never miss out on any event they love, which is the problem my friends and many others go through, and evenius will be solving this for them!

Evenius gets fed with events through a contribution platform, where users contribute with events near them and get points in return, which could be later redeemed for vouchers or free event tickets, and that also opens the door for partnerships with event organizers.

All information users provide won't ever be shared with anyone, users have the option to change their data, delete it at any time, and also give an approximation of their location if they don't wish to share their exact one.

The bot is built using Node.JS, express.js as the server and firebase as the database, and DialogFlow (formerly api.ai) that works behind the scenes as the bot's NLP, making the bot more human-like through providing variants for different kinds of messages, and using Machine Learning to learn from users' inputs (for example: which categories to add later on, because users prefer it more than other categories). The bot is hosted on Google Cloud Platform's App Engine.

The evenius contribution platform is built using Python's Django and Facebook Login API asking for the "user_events" permission, users contribute with events and earn points every time they add a new event that doesn't exist on the database.

The biggest challenge was the lack of time, experience, and knowledge on how to do any of that. Me and everyone who helped evenius come to life along the way, are all students that hardly reached 20 years old. However, thanks to many guides and tutorials along the way that was a solved issue. Another big challenge I ran into was feeding the bot with events, adding them manually alone was too much work, adding them automatically violates the TOS. That's when I came up with a contribution platform with a rewarding system, to motivate event enthusiasts to add events in exchange for points!

I am honestly very proud of what I did, and as much as I am excited about winning this competition, I have never been so excited about something I built with my own hands, and I will continue working on evenius no matter what. Building a fully functioning application that understands almost whatever the user tells it, learns more with time using artificial intelligence, and solves a problem that many people are going through, is definitely something I have always dreamt of and aimed for. Making my family and friends proud of me is alone an accomplishment I'm proud of.

When I started building evenius, truth be said, I knew nothing about bot development or APIs or webviews or literally anything of what I accomplished so far. So, the whole journey was a learning one, I got to learn new technologies, frameworks, libraries and languages. I also got to learn new techniques of coding, styles and design patterns. I got my hands dirty into video editing and voiceovers in order to come out with the 2-minute demo video, as well as UX and user surveying to know how to make the bot as human-like as possible and knowing what are the most categories users prefer.

I will be launching evenius soon by August or September, after building a solid team of non-developers, to handle Marketing, PR, etc... By the beginning of next year, a ticketing system will be implemented which will allow event organizers to host their events on evenius, and ticket sales could even be made through the bot using the Payments API. 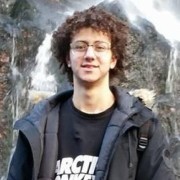