In a complex and crazy world, with so many things that happen throughout the day, there is no doubt that lack of focus, nervousness and even anxiety attack us in some form or manner. We have seen the previous years a rise of fidget toys such as spinners, or cubes, designed to relieve ​​nervous energy, anxiety, or psychological stress. However, access to these items are usually unreliable and often distracting in public settings. We at Axios decided to embark on ways to cover this issue, to apply the benefits of a fidget toy onto our everyday devices.

Albeit our phones are good distractions, it is common to find ourselves still overwhelmed due to the plethora of information confronting us, whether by news or social media. Hence, we decided to incorporate the tenets of gamification, as we recognise simple games can replicate similar effects to fidget toys and the significance of community.

Introducing: Eutrapelia. An app with a selection of fun games that provide simple interactivity but offer an immersive experience using current phone technologies including haptic feedback! Eutrapelia takes advantage of the knowledge that minimalistic “games reduce depression and hostile feelings in players through mood management.” as suggested by a study from the Texas A&M International University. It is through these games that it will create a pleasant experience triggering serotonin and endorphin release. Here now are some demos of the type of games that will be available through Eutrapelia.

Game 1: Momentum Taking into consideration the laws of kinematics and dynamics, the game 'Momentum' incorporates a fun experience of bouncing around an element across the scene. Depending on the force exerted, the element would bounce across the screen accordingly at a particular speed, at every impact, depending on its speed, respective haptic feedback will be exerted back to the user for an immersive experience. The scoring focalises on the number of bounces, including extra points for times it hits the absolute corners of the screen.

Game 2: Pop Everyone knows that popping bubble wrap is one of the most satisfying things to do in the world. So we decided to incorporate it into your mobile phone while trying to maintain all the things that make popping bubble wrap so exciting. We've included a satisfying pop every time you tap a bubble, and we also included new haptic technology as a feedback system for the user. Taking it a step further, we also implemented a timer; giving the user time to either take their time popping bubbles, or see how fast one can pop all bubbles in a short amount of time.

Game 3: Click / Switch Flick Though a bit more competitive than the prior games due to its nature, this particular game takes inspiration from the classic clickers in our lives including Cookie Clickers or even your regular light switch. It's fair to say that we all wanted to endless play with the light switches in our home without the fear of a bulb blowing. If this sounds like you, this is the game for you. Compete with your friends to see who can flick the switch the most times in 30 seconds with the score being saved directly onto the app and shared across the server for leaderboard rankings! Similar to the previous games, we incorporated a satisfying sound as well as haptic feedback for a deeper layer of interactivity, providing some sort of satisfaction to the user; whether mindlessly clicking away or competing accordingly.

Basically, the programs utilised were derived from open-source code for multiple functions, recreating them to implement movement of objects and controls on screen. Using C* Scripts and in-built functions to easily create particular behaviours given the amount of time given. Thus, we created three different scenes in the Unity Engine, each of these scenes consisted of the established games. After completion, the C* programs were exported via packages and was attempted to culminate into one, fully functional program. Unfortunately, due to time constraints, we were unable to compile all the packages into a single unit.

Overall, we’re extremely proud of designing multiple games that use sound and the haptic feedback with the limited knowledge we have. Initially, we felt a little overwhelmed as none of us have computer science as our major, but we managed to push through this to create a game app from our little base knowledge. We’re also proud of the fact that we managed to do all of this with only 3 team members too, as some of the other groups with more members will have more experience overall regarding software development, but we were still able to present a product prototype.

We learnt that a simple yet immersive experience that exemplifies health and wellbeing requires a lot of significant research, testing and then some. It is undoubtedly fair to iterate that given the short amount of time to create this prototype fails to encapsulate the vision that the group aimed to implement. Albeit we have made great progress, we wish we could have provided the full experience onto our phones. However, just because it's not fully finalised, doesn't mean it's nothing. We also learnt that in given scenarios, a short time to make an idea is all you need to be successful. We realise that it's the pitch and idea that sells it, not the layer of technicality or programming because that can always be done when given the right resources.

The prospects for Eutrapelia are fantastic! There are nothing but opportunities to exemplify even further the capabilities of what this app can do. Not only does Eutrapelia wish to incorporate more unique games that offer an immersive experience via basic phone technologies, but as suggested throughout, gamification would be prevalent! We aim to integrate the user's FaceBook profile and friends into a network of fun competition. The application will signify healthy competition, incentivising our users to relax more often and share it with their peers.

Eutrapelia aims to provide more health-oriented benefits in the future, we hope that we can integrate it in a manner that would endorse the significance of fun and rest. In today's generation, it is imperative for us to encourage this. 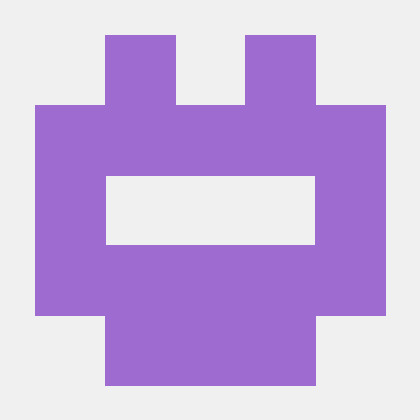