Introduction The term "pandemic" indicates a disease with high levels of transmissibility, to the point of spreading at very high speed and affecting large geographical areas. The history of Mankind has been marked by several epidemics of bacterial or viral origin that have decimated entire populations in the World, leading the nations that were affected by from these to drastically decrease the movement of goods and people to slow down the rate of contagion. The first major documented epidemic is the so-called "Athens plague" (although it seems it was not a plague, but a type of typhoid fever) documented by the historian Thucydides who describes its onset during the second year of the Peloponnesian war (430 BC), and even then this disease had been identified as contagious, for transmission from sick to healthy. The damage to the epidemic is not only in medical and economic terms, but also leads to the disintegration of social cohesion, the loss of respect for laws and institutions, the loss of planning. Boccaccio, Manzoni and Camus described for example large plague epidemics in different places and eras (Florence, Milan, Oran), serious levels of social dysregulation are present in all three texts, where powerful episodes of isolation from the world by the most fearful, but also heavy cognitive avoidances by those who refuse to think about the possibility of contagion or who are already fatalistically devoted to accelerating their self-destruction. Although it has been clear since ancient times that crowds must be avoided in a place at risk in order to reduce physical contact, during these epidemics there have been several cases where, instead, people gathered in mass, to then create infectious outbreaks . This certainly was the result of ignorance or unscientific beliefs, sometimes as addressed to the institutions that sought to call to order. Reference models The following work moves within the bio-psycho-social model (Engel, 1977) , where the medical aspect is never removed from the context, but it is all within a series of contributing factors that influenced each other. The course moves along the line of prevention psychology, which is divided into 3 levels such as primary, secondary and tertiary (Bertini, 2012). This model is valid at both a psychological and social level and can be perfectly applied in a purely medical context. 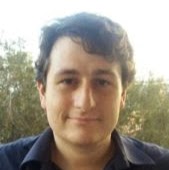