Improving interactions that we saw in existing games and we thought could be improved.

Provides new ways of interacting with a game by including an eye tracker and an auxiliary screen. The eye tracker lets you interact and inspect objects in the game just by looking at them and the auxiliary screen serves as a way to avoid clutter in the main screen, improving the user experience. 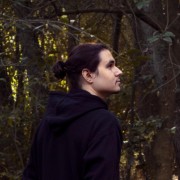