The Southern Sea otter (Enhydra lutris nereis) is a marine mammal native to the coasts of the northern and eastern North Pacific Ocean. Sea Otters were listed as a Federally Protected threatened species on January 14, 1977. A portion of the data to describe the status of this keystone species is included in this web application. 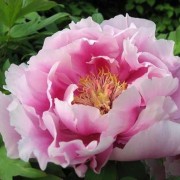