Last November, we read an article “The other side of Silicon Valley” describing the author's volunteer experience in Standup for Kids Silicon Valley, which a nationally recognized non-profit organization contact and help directly with thousands of homeless youth across the country.

That’s our first time got to know the group, homeless youth/homeless teens. Different from people’s stereotypes of homeless people, homeless teens or homeless youth are unaccompanied individuals ages from 12 to 24, and they are a special group among homeless people. Homeless youth look not much different from normal teenagers; they struggle to hide and get rid of their homeless identity and get back to normal like. Maybe because of this, there are not many news stories covering this kind of special and vulnerable group, and it’s very hard for us to recognize the homeless kid in our daily.

Though hard to recognize, it doesn’t mean they don’t exist. According to a research report done by University of Chicago, for various reasons, in the United States, one in 10 young adults ages 18-25, experience some form of homelessness unaccompanied by a parent or guardian over the course of a year. And those teens face great difficulties and dangers on the street. Nearly half of them will be forced to have sex for survival at the first 48 hours of their homeless experience. And also they are more likely to be targeted by human traffickers and local gangsters. More than 60% of the disappeared homeless kids are not reported any more.

That’s how we come up with the idea of “Elpis4U”; we would like to build a digital platform dedicated for those kids. We hope that they can use the application to find a safe and warm place where they can live and study, or find help and mentor (in future version), then eventually go back to normal life.

“Elpis” means "hope" in Greek. In Greek mythology Elpis was personified and the spirit of hope. In the myth of “Pandora’s box”, Elpis were trapped in a jar with all the other spirits, like sickness, death, and many other other unspecified evils by Zeus, the king of the gods. The jar later was open by Pandora, the first woman in the world, and all the spirits tried to escape into the world. When Pandora realized something was wrong and hastened to close the jar, the only thing left in the box was Elpis, the hope.

By using the name “Elpis4U” (Elpis for you), we expect the digital platform we are going to build can bring hope, comfort and love to those homeless youth.

Current version of "Elpis4U" allows users to check the list of nearby living centers and charitable organizations. It also provides some checkboxes to do filtering on the lists, based on the availability of wardrobe, the number of bed, and the facilities (WiFi, computer,...) the organization provides, etc.

For the backend, we use PostgreSQL to store the list of living centers and charitable organizations, and use Python Flask to build the server and render the data to frontend UI according to the request. The backend server and database is deployed in Heroku, a cloud application platform.

We use Angular framework to build the frontend page and Angular material to decorate it. We also use google map to visualize the locations of the living centers and charity organization. The frontend is deployed in GitHub.

Deployments of both backend and frontend are kind of tricky, as there are lots of trivial things easily to be ignored. For example, migrating local PostgreSQL to Heroku takes us some time, as data schema couldn't be updated to cloud PostgreSQL after first time deployment. We then figure out the data migration folder also needs to be submitted to Heroku for final database upgrade.

Also it's our first time to use google map, so it takes a while to figure out the the library and API setup. Luckily there are some tutorial on the Internet that we can refer to.

We are very proud of building this web app in such a short time and deploy it to the Internet. Both the filtering function and google map works.

We learned a lot of things in the project, like the knowledge of SQL database, and how it can be used in the real web application together with server, how to deploy the web app to the Internet. We also learn how to use Angular to build the frontend of web application.

Currently, "Elpis4U" is mainly focusing on place searching for homeless kids. In the future we hope to come up with more advanced features, like authentication, booking system, or mentor system. 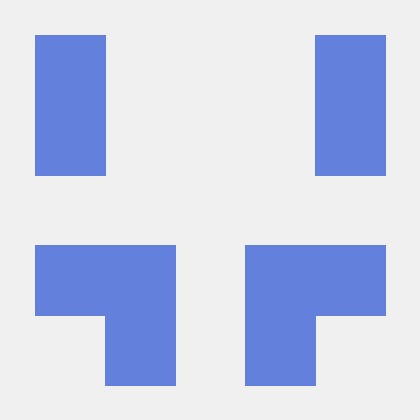