Note: Our submission video is split into two parts. You can find part two here: link!

The amount of e-waste being produced per year and the harmful effects to humans and to the environment when disposing of these products.

We decided to build an application that provides services for users to better understand the e-waste crisis and adopt environmentally friendly habits to combat the problem. We wanted to provide a map and list major donation centers for people to drop-off their unwanted electronics to be repurposed. We also a component that would aid those who were not as tech-savvy by providing them with a page on IT basics to help them further understand their devices as well as other hot topics in tech today. Finally those who love doing crafts and personal projects, we made a mockup and tried to implement a service where users could post craft projects/DIYs that repurposed e-waste and used electronics, from computer chip earrings to buying used laptops or computer parts.

Catherine: This is my second time building a website this summer and it was quite a challenge to do it in two days. The other website took a month and a half! So that definitely gave me an opportunity to see how I could make it work.

Sophia: Some challenges that we ran into were finding times that we finding times to work and collaborate because of time zones and our individual commitments that we had throughout the day. We worked around this by communicating with each other about our said commitments and making the most of the time that all three of us were online. When we were all not online or were heading off, we updated each other about what we had accomplished, any bugs or problems that we had, and any next steps so that no one was left in the dark. It honestly went way better than I expected though.

Jessica: It was cool learning how the frontend and backend interact, since I’ve only mainly worked with backend before.

Being able to collaborate and produce a project with people in different time zones, all within a short frame of time.

We learned how to effectively communicate with one another by utilizing multiple collaborative tools such as figma, Google Docs, and Slack to update one another about our parts for the project.

Our next steps for Ecotronics would be to finish the projects listings, and implement a service where people can buy and sell any electronics/device parts. We would also like to improve our map/location services, and hopefully expand it to a global scale. 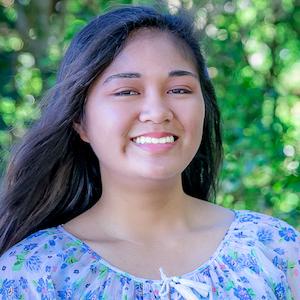