It is hard to learn a new language. Many of us found this out the hard way using trial and error and then improving upon feedback and corrections. It is easy to receive corrections on written materials, but it is often hard to catch our mistakes when speaking a new language - especially grammar mistakes (English is also just terrible for new learners because its so ambiguous). This is where EasySpeech comes in. EasySpeech will run a grammar checker as you speak into the app, basically serving like Grammarly, but for speech.

Easy Speech converts your speech into text as you speak and sends it to LanguageTool API where your speech is checked for grammar and sentence structure mistakes. It runs with a NodeJS backend server and utilizes DialogFlow for speech to text. LanguageTool receives the text data and makes grammatical corrections and suggestions. The corrected text and grammar suggestions are returned to the user in DialogFlow.

There were many components to building this application. First, the user interacts with the web server and has the opportunity to record their voice. This section was developed in React and JavaScript was used when handling logical operations to send the voice to Dialogflow and receive the adequate text back. Once this text was received, it was sent to the LanguageTool API using NodeJS where the corrections were returned and an algorithm used these to construct a new sentence. This would then be sent back to the user.

What's next for Easy Speech 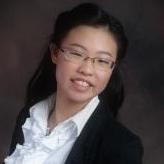