The health of the planet is a monumental issue on multiple fronts. And with neoteric studies announcing that there may be only 12 years left to curb the long-term effects of climate change, the problem is as urgent as ever. With a mammoth of a dilemma breathing down the neck of individuals, communities, governments, and nations, all members must be committed if there is hope to keep our Earth we know and love.

An integral component in the road-map to saving the planet exists at the corporate level. Large companies can be terrifically influential with how they choose to promote their social and economic values. And as Uncle Ben said: "With great power comes great responsibility". That is, corporations have the capability, and consequentially the duty, of promoting green thinking, educating their employees, and incentivizing them to be environmental altruists. Doing so can help save the world, but if that's not enough for businesses, being eco-friendly has the potential to advance a company's reputation and provide a competitive vantage.

What this all boiled down to for us was how can corporations, without wasting time and resources, encourage environmentally friendly behaviors within their ranks? And how could be make it as easy as possible for the employees, while still helping the environment?

Our project promotes sustainable living through an easy-to-use, easy-to-implement point collection system. Employees attach a uniquely identifiable QR code to a reusable water bottle and receive points to their account when that QR code is scanned at a water-refilling station on campus. The number of points earned increases when the resusable water bottle is used habitually, fulfilled through the "streak" mechanism. This concept extends to other habits as well. Employees can also earn points by biking to work and scanning at the bicycle rack on campus, or carpooling and entering their driver's unique code in their app.

Points can then be redeemed at local businesses for free goods and services, discounts, and the like. Ideas for rewards include Lyft, coffee vouchers, movie tickets, and while in the spirit of nature, at local outdoor companies such as rock climbing gyms and whitewater rafting companies.

For better or for worse, a significant chunk of an individual's adult life is spent working. Habits at work easily transfer to habits at home. We designed CleanStreak around green habits in the workplace, in the hope that these habits won't just be a way to get free Lyft rides, but instead help to form healthy, long-lasting habits in and outside of work.

Before doing any programming, we fully fleshed out the design. We made user stories and decided the mechanics of the application. During this process we worked out many kinks, revised major design choices, and only after we felt very confident in our outline did we start writing code.

We made two Android applications in Android Studio: one for the scanning station and one for the user's personal application. While these were in development, the team split up researching the potential environmental and economic benefits that the app posits, while at the same time beginning to formulate a meaningful pitch that clearly and concisely conveys the strength of our idea.

One issue we ran into was wanting to implement a leader board feature in our app. We thought this would encourage healthy competition however, after speaking to others we realized the idea would possibly work for a week or two. Once people realize that they might never get to the number one position then they would give up and stop using the app all together. We also considered issues that would stem from having streaks. If someone wanted to keep their streak for riding their bike to work, what would happen if it was raining or other normal life inconveniences that would come in the way. We decided that the streaks were not integral to the app and would only be a positive thing. If someone was to lose their streak they wouldn't be penalized they would just not get the added multiplier. We also decided that if someone forgot to fill their water bottle for the day then the streak would not reset to 0, it would simply go by 1. This would solve the issue of someone getting frustrated enough to stop using the app after they lost a large streak.

We chose a challenge, had an idea and had some working prototypes within an hour an a half. This left a lot of time for editing and polishing our added functionalities. We also kept positive attitudes the entire hackathon and kept a respectful environment. This included using positive talk when we were not keen on others ideas. We would try and say what we liked and what we wanted to improve. This made sure no one felt like they were the 'runt' of the group which kept everyones' confidence high enough to keep suggesting ideas.

We learned that conversing with mentors and other hackers not in our group was very important. None of us have had a corporate job so there were some rewarding ideas we wouldn't have thought of without the input of people who have actually worked jobs in relative fields.

And it's not all about coding. Some of the best work we did was on pen and paper, brainstorming ideas and being able to present them in a clean way.

The next step for CleanStreak is to finalize prototypes of the app and hardware and look to implement it into a small scale trial program. This will give a better idea into the viability of the program and in what areas it could be best enacted. 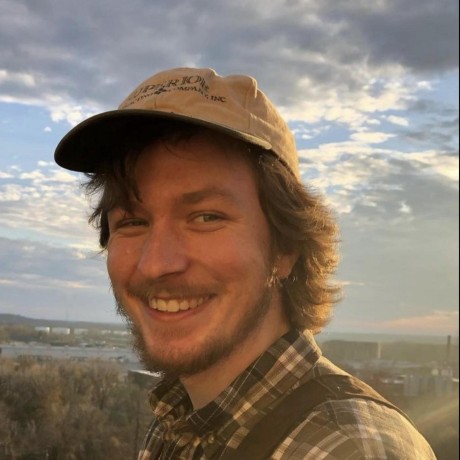