Our project was inspired by the goal of increasing the amount of materials that are being recycled, to reduce the amount of trash that unnecessarily goes into landfills. In exploring this issue we discovered one of the most significant problems that prevents the contributions of devout recyclers from being put to good use, which is knowledge of what can and cannot be recycled. Our project assists people who are throwing away their trash in deciding which bin (landfill, recycle, or compost) to use. This issue is already difficult for many ambiguous objects people may need to throw away at any point in the day, and is made further complicated by the issue of cross contamination.

Cross contamination occurs when something that is not recyclable, such as food products, are mixed in with recyclables. If contaminated materials are not caught by recycling plant workers, they will be included in with recyclable materials and ruin the recycled product. That renders it unusable, resulting in all of the recyclable materials affected by the contaminant to be thrown away and more raw materials to be harvested to make up for it. This issue is currently being addressed by workers in the recycle plant, who manually remove contaminated materials from the rest of the recycled products. That is a flawed system that could be improved by our project, which raises awareness of the issue of cross contamination and advises appropriate methods of disposing of waste.

Our project is intended to inform its users of how to appropriately dispose of their waste, taking into consideration the rules about cross contamination.The process would begin when the user places the trash on the platform. The motion sensor located in the platform would wake the program from sleep. The webcam would scan the trash, reflecting an image of what the camera sees on the screen so that people have the chance to rearrange their trash if necessary. Once the image has been still for five seconds the image would be transmitted to the Google Cloud API for object recognition. The software would return the name of the object identified, and generate a list of suggestions for recycling from a database of recycling rules and contaminants. From there users would follow the instructions provided by the program in order to ensure their waste was placed in the appropriate bin.

We created a program to simulate the effects of our program in real-time. It is a phone app that allows you to take a photo of your trash. It sends a pre-set response to the image sent giving instructions on appropriate disposal of the waste. We also made a model of the actual design of the project using trash cans and recyclable materials in order to demonstrate how the completed prototype would work.

Our biggest technical challenge was getting the Google Cloud API to work with the software. The hardware we were using did not allow Unfortunately, the hardware we were using the run the app could not support the integration of the API, a problem that we subverted by having the app only display pre-set responses to the images provided so that we could focus more on conceptual issues than hardware issues.

Our biggest conceptual challenge was deciding how to handle cross contamination. There is a large subset of things that people believe should be recyclable that actually is not able to be recycled. Accidental contamination of one object could result in the contamination spreading to the rest of the recycled materials, and result in entire containers of recycle being thrown away. We overcame that by coming up with ideas for types of things that can cause contamination, such as food or chemicals, and having the app adjust its responses for that.

We are most proud of our ability to address this issue. It's complexity made it difficult to figure out a feasible way to evaluate an effective solution to the problem, since there were so many different factors that had to go into evaluating what was considered to be a contaminated material, and how to address them all. We are also proud of our ability to adapt to the evolution of our idea to make it more feasible for development and applicable to a wider range of people. We are also proud of our adaptability to issues with software and hardware in order to more effectively convey our idea.

We did a lot of research into cross contamination and how it affects the process of recycling. We also learned a lot about the recycling process and issues that affect it, and ways that other companies have tried to address this issue. We also learned about integration of software from different platforms, and hardware requirements.

What's next for EarthCam

The next steps would be to integrate better software and hardware in order to create a more marketable prototype that is more accurate to our vision for the end product. There would also need to be research into what is considered cross contamination in states other than Virginia to make our app more universal for its suggestions on how to dispose of waste more complete and accurate. 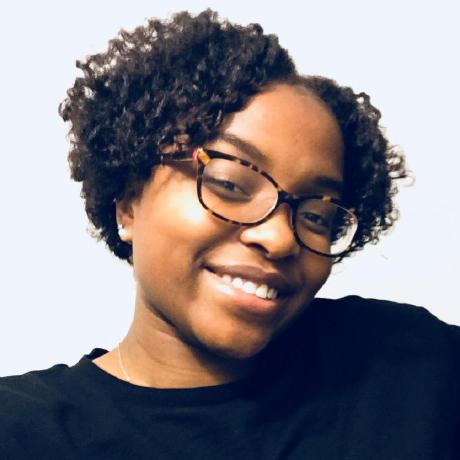