The inspiration is the idea of an alternative programming language that is an improved version of C but with low complexity, even lower than that of C.

It's a compiler that accepts E-lang source code and compiles it into an executable, like any other regular goo'old compiler.

We implemented the compiler in C++ without a framework, handmade style.

Dividing work among the team is pretty tricky, and choosing the correct parsing algorithm slowed down the progress significantly.

Text processing and ways of representing a program other than with text. 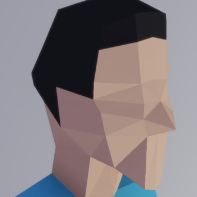