Unmanned Aerial Vehicles are the future! They are one of the world's fastest growing industries, with enterprises around the world exploring their widespread deployment. The difficulty, however, lies in efficiently managing them without unnecessary loitering and wasted time.

Drone Flight Area Control, or DFAC for short, maintains a list of drones and tasks, and sends drones out to those tasks in the most efficient order. The drones and tasks can be monitored and managed through the DFAC web interface, which allows the user to visualize the layout of the tasks, keep track of the drones and their current tasks, and add, modify, and remove tasks. The interactions with the DFAC backend, however, are limitless. Data is exchanged via HTTP GET and JSON, so there are many innovative possibilities for managing the drones and tasks. This also means DFAC can be used as a scheduling and control backend to existing applications.

Mark: The DFAC backend is a multi-tiered, multi-threaded, socket driven system, which allows it to be infinitely extensible and scalable to hundreds of task regions and hundreds of thousands of drones. The backend is entirely python based, leveraging existing resources, and enabling quick additions and modifications. Adding new types or classes of UAVs is very easy, and seamless integration into the current tasking system allows them to execute tasks tailored to their strengths.

James: The DFAC web interface is a fully client-side webapp which can be either served as a static webpage or run from disk. It utilizes the basics web technologies, HTML, CSS, and JavaScript, as well as jQuery and the Google Maps API. jQuery is used for interaction with the DFAC backend as well as various simplifications, and the Google Maps API is used for displaying the map, the tasks and the drones, as well as for selecting a location for a new task. The interface is also scalable, and usable on mobile devices.

Challenges I Ran Into

Mark: Ensuring the application was thread safe and did not require cross thread variables was a challenge, along with ensuring the whole system meshed together and could meet the load demands of many vehicles at the same time.

James: I have never written a real-time webapp before, so getting the data to update and synchronize with the server in a timely manner was a challenge. Additionally, getting the CSS to cooperate and not send entire sections off the page while still being scalable and extensible was tough at times.

Accomplishments That I'm Proud Of

Mark: Getting the system working in the short time we were allotted was the biggest achievement in my eyes, along with keeping the server thread safe, and eliminating the possibility of the threads tripping on one another.

James: I'm definitely proud of getting the whole thing to run smoothly and interact with the DFAC backend, while being able to handle hundreds of tasks and drones scalably. Also I'm pretty happy with the overall look and feel, as well as the drone and marker graphics.

Mark: I learned the importance of writing agreeable system interface documents. James and I went back and forth several times on the structure and terminology used in the application interface, using only text chat to boot, so getting the interface right was a learning experience.

James: This was my first time working with jQuery, which I was a bit reluctant to pick up, but I've seen the light and learned quite a bit about what seems to be one of the most prominent web frameworks. I also picked up a bit of python from modifying the dummy server, so that's nice.

In the future, we want to build in specific applications to assist with task creation, including automatic response to traffic congestion, traffic accidents, and emergencies, automatic industrial and commercial inspection (i.e. inspecting a skyscraper or pipeline), and features targeted for search and rescue applications. In terms of specific features, we want to add result collection and presentation for tasks, a log of previous tasks and drone actions, alerts for completed tasks and drone problems, and task prioritization. For the frontend, we want to add paths/trails for the drone as well as heading of the drone. 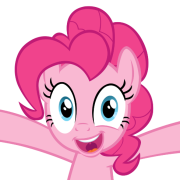