The project drops tomatoes from a trap door when it is spun 2-3 times! It can be used to drop other objects, but tomatoes leave a noticeable red streak after being dropped to mark the landing accurately.

The circuit is powered through the drone's battery. The accelerometer's data is used to give the ATMega chip its bearings, and the yaw is used by integrating the acceleration with respect to time. The ATMega does the calculations, and after it realizes that the user has spun 2-3 times, it sends an output signal to the LED and the BJT transistor. The BJT transistor is used to allow the motor to use as much current as it needs, which solves the power concerns. The emitter node of the BJT transistor is connected to the motor, which causes it to spin. The motor is hooked up to the trap door, so when the motor turns, it unlocks the bay, and the tomatoes can drop.

Originally, the trap door was supposed to open by pushing a button on the remote. We tried to reverse engineer the drone's protocols, but no matter how hard we tried, we couldn't come up with anything, even after hours of work. We then looked at our resources and realized we have the tools to make the game even more fun! So as a result, we reworked our prototype completely. Then, we ran into problems with power delivery, so we used transistors and some Electrical Engineering knowledge to fix up the circuit, which made our final project!

We were originally going to use a servo as the trap door latch, but the voltage coming from the drone's 3.7v lipo battery was not enough to move it without creating a step-up converter. We decided to use a small DC motor and have it spin for a certain amount of time to unlatch the trap door.

The electronics were heavy, so the drone had trouble carrying an object to high heights. It had the most strength when the battery was fully charged. It was also difficult to spin the drone to drop an object without losing altitude, so later on, in the project, we dropped the item after a certain amount of time.

We custom-designed not only the circuit itself but also the trap door print file, which we printed using one of our 3D printers. We are also proud that we created this project using an ATMega chip without an Arduino to simplify and shrink the electronics.

Our biggest success was learning how to use an ATMega chip without an Arduino, which is a first for both of us!

What's next for Drone Drop

Moving forward, we would like to create a trap door design that doesn't require electronics where the latch will move from wiggling the drone in the air. This will make the trap door lighter so the drone can carry more items. 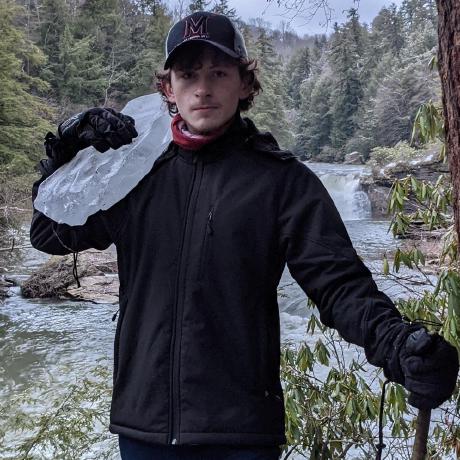