Fatigue and drowsiness at the wheel are often the cause of serious accidents and/or crashes. According to the National Sleep Foundation, about half of U.S. adult drivers admit to consistently getting behind the wheel while feeling drowsy. In fact, an estimated 5,000 people died in 2015 in crashes involving drowsy driving, according to a Governors Highway Safety Association report.

However, the signs of fatigue can be detected before a critical situation arises with Drive Detect.

The driver drowsiness detection is based on an algorithm, which begins recording the driver’s behavior the moment it is turned on. It then recognizes changes over the course of long trips, and thus also the driver’s level of fatigue. Typical signs of waning concentration are phases during which the driver is barely steering, combined with slight, yet quick and abrupt steering movements to keep the car on track. Based on the frequency of these movements and other parameters, among them the length of a trip, use of turn signals, and the time of day, the function calculates the driver’s level of fatigue. If that level exceeds a certain value, a buzzer goes off.

We built this app on python using Computer vision libraries and TensorFlow. Due to time constraints, we had to use a pre-made Data Set to train the neural network. We then loaded our program onto a Raspberry Pi hooked to a camera that captures the user's face. We even designed a sleek, 3D printable housing for the entire set up that can be placed on the dashboard of the user’s car.

We ran into a lot of problems with the code and some issues because of the time-zone difference, however, we can proudly say that we persevered through all of it.

We are proud of how we, in spite of being total strangers were able to connect, collaborate, learn and be productive. We are also proud of how much we learned and exercised our creativity over the course of this hackathon.

Through this competition we learned the concepts of Machine Learning, Artificial Intelligence and computer vision. We also learned how to collaborate effectively and productively with our teammates.

What's next for Drive Detect

The next step for the driver alertness monitoring system would be to convert it into a mobile application to improve the outreach of our product. Also, we hope to establish partnerships with local traffic control organizations and make it mandatory for drivers to install. We can integrate it with their traffic control systems and use it to send alerts and issue tickets for say, texting while driving. 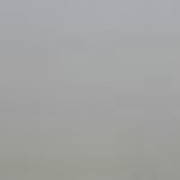