Tim Berner's Lee quote: "Now I want you to put your data on the web"

It allows for anyone (yes, anyone) to build an API just by uploading structured sheet data on Google Drive. Once your sheet is online, you can use an interactive GraphQL UI which allows you to explore your data before plugging queries into any application you may be building. 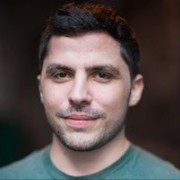