One of our team members wanted to learn the practice of lucid dreaming and got an app Lucidify, which did notification reality-checks, but the interface did not make it easy for the app help teach the self-discipline required to perform persistent dream checks. We took it upon ourselves to handle this aspect of dream checks.

Dreamer is a great auxiliary app used for those who are interested in practicing their lucid dreaming school but lack the agency and the willpower to perform daily reality checks and do not want another reason to have to check their phone 7 times/day. Dreamr schedules reality checks throughout the day according to the user-set wakeup and sleep times, allowing for minimal battery usage with a simple interface. Dreamr will ask the user two reality-check observation questions with only a “Yes” and “No” response, after which the screen will display a message indicating if the user is dreaming.

Dreamr was built using the Pebble C API, and most of the coding was done on Pebble’s own IDE, CloudPebble, which made it easy to add resources and new files. Using the WakeUp module, we were able to allow the app to schedule app launches, and then learned how to handle events so we could discern between the user actually opening the app or the app calling itself for later.

Learning how to use the Pebble C API proved to be quite the challenge, as none of us had even heard of a Pebble watch prior to this weekend. In addition to this, none of us had ever had experience with front-end development before.

We were most successful in delegating tasks to complete this project--there's a lot of work to be done when you have a day to learn how to use an unfamiliar API and then try to implement your idea from scratch. By dividing our work between improving the UI and developing and testing functionality, we were extremely successful in pulling together the final product as a group.

Generally, we learned how to approach the process of approaching an unfamiliar platform in order to execute an idea in the most effective manner possible. Additionally, we learned how to incorporate multiple APIs into one project without sacrificing consistency. This project was an excellent introduction to the process of solving a problem collaboratively and procedurally.

What's next for Dreamr

To expand the functionality and capability of Dreamr, we hope to utilize the health metric API. The detection of deep sleep can hopefully be used along with the accelerometer to induce a lucid dream with a light vibration. 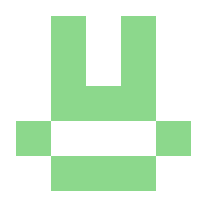