Coming into the competition, we had a vague idea that some sort of game or gaming environment would be a very enjoyable experience. Seeing the DragonBoard displayed at the opening ceremony piqued our interest towards harmonizing software and hardware into a cohesive product, and we decided to try and acquire one if at all possible. We did manage to get one for ourselves, and set out on creating an enjoyable interactive experience.

The setup allows for two players to take manual control of one end of a physical console, with each player equipped with a set of controls that allow them to interact with two brand new gaming experiences designed specifically for this new project.

The code was written entirely in python files that were executed from the linux console, and all of the libraries, repositories, and binary files were manually installed through the prebuilt linux os. We made a hardware setup including 2 controllers, with a set of buttons and an RGB backlight display, allowing us to make more creative decisions in the physical design process. The setup functions as a wired console that interfaces with the OS and a monitor to make a casual game environment that we can modify to our heart's content.

After counting, more than half of the pieces of equipment we rented for this project ended up being defective or altogether broken, including wiring, grove connectors, modules, and even the Sensor Mezzanine that came with the DragonBoard. Because of this, we spent much more time debugging hardware than likely should have been necessary. On top of that, we had to exercise a large amount of problem solving to compensate for our lack of prior experience in DragonBoard, linux, and python.

We are very proud of being able to develop entirely new skillsets for the project, as well as successfully breaking in a new piece of technology.

What's next for DragonBoard Multiplayer

If we win the board we used as the prize from the MHL group, we definitely plan to further attempt to acquire the libraries needed for more complex functions. We want to return to the original design for the controllers, with the potentiometer/button pairing, as well as writable LED displays to completely detach the board from outside peripherals. 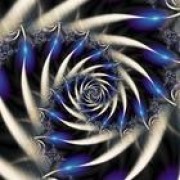