Inspired by bots that bog down one night lovers, we opted to create an experience that brought joy instead of disappointment. DownToZork.js is inspired by the great Zork, one of the earliest interactive fiction computer games, and aims to bring thousands of users on an adventure. And we do mean thousands. By reverse engineering Tinder's API, we were able to bring DTZ to over 4,000 men across the Bay Area.

"If you could take one thing to a deserted island, what would it be?" Upon the users reply, DTZ will take them through over 100 dynamic and context relevant responses. Throughout the conversation, the bot guides the user deeper into the adventure, an elaborate tale of survival on a deserted island, rising through the hierarchy, and returning to a forgotten past. From there, there are many different paths that the user can choose to take, ranging from following a mermaid into the depths of the ocean, to fighting for your life as bacteria in primordial soup.

The bot uses a unique programming language specifically made for creating interactive literary fiction called Inform. To create specific and accurate scenarios, we playtested with hundreds of users, iterated story lines based on customer feedback, and purified the code.

We're proud to say that DTZ has redefined the conversations of 4,000 men across the Bay Area. We hope to one day hear the question: 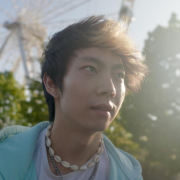 Made it to frontpage of /r/programming before getting taken down by a mod 2 hours later: https://www.reddit.com/r/programming/comments/2x38gs/high_school_hackers_trick_men_on_tinder_into/