We wanted to learn about machine learning. There are thousands of sliding doors made by Black & Decker and they're all capable of sending data about the door. With this much data, the natural thing to consider is a machine learning algorithm that can figure out ahead of time when a door is broken, and how it can be fixed. This way, we can use an app to send a technician a notification when a door is predicted to be broken. Since technicians are very expensive for large corporations, something like this can save a lot of time, and money that would otherwise be spent with the technician figuring out if a door is broken, and what's wrong with it.

DoorHero takes attributes (eg. motor speed) from sliding doors and determines if there is a problem with the door. If it detects a problem, DoorHero will suggest a fix for the problem.

The server is built using Flask and runs on Floydhub. It has a Tensorflow Neural Network that was trained with the simulated data. The data is simulated in an Android app. The app generates the mock data, then sends it to the server. The server evaluates the data based on what it was trained with, adds the new data to its logs and training data, then responds with the fix it has predicted.

The android app takes the response, and displays it, along with the mock data it sent.

In short, an Android app simulates the opening and closing of a door and generates mock data about the door, which is sends everytime the door "opens", to a server using a Flask REST API. The server has a trained Tensorflow Neural Network, which evaluates the data and responds with either "No Problems" if it finds the data to be normal, or a fix suggestion if it finds that the door has an issue with it.

The hardest parts were:

What we could have improve on

There are several things we could've done (and wanted to do) but either didn't have time or didn't have enough data to. ie: 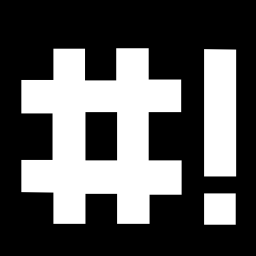