Creating a game server -- from scratch

Our goal was to combine our programming skills in different languages. So we created a Java server and a Python client - hackathon style

The server as well as the client were written without any dependencies and only import the native socket and threading libraries.

It's been time to get back to the roots. It's time for 7bit ASCII. It's time to hack!

We wanted to create a platform independent system which requires as little preparation as possible. Download the source, compile, run. Classic. Never any broken NPM packages breaking this.

We believe to have created a good PoC to demonstrate that console games in its classical sense just won't die. 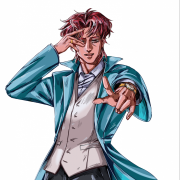