CREDIT: The original js library was not correctly credited in our readme. Here it is: https://github.com/7THStage/idigdoge Awesome team members who were a part of this: Luke St. Regis, Rachael Wang, and Henry Smith. Built at hackTECH.

Originally 'shibay- the ebay for shibes' , Dogevertising gives site owners the ability to start a low power crypto-currency miner on pageviewers' CPUs instead of using ads for revenue. Just stick a quick js library into your page's head tags and you'll be on your way to the moon!

Dogevertising was eventually taken down after getting banned from Digital Ocean. 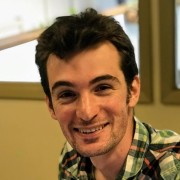