Dodge Bill was created in order to add a fun element to splitting bills. Instead of scrolling through Instagram or Facebook in boredom, groups can now play this little game to figure out who ultimately has to pay everyone's tip. On top of that, this application even calculates the amount of tip that needs to be paid, and lets you adjust your tip percentage depending on the service of the place.

Half of our team created the game on Unity while the other half worked on building the logistical aspects of the app on Android Studio. In the end, we merged the two projects together to create a working product.

Our greatest challenge was coming up with an idea that combined all of our skills. Coming from very different levels and types of programming backgrounds, it was difficult for us to find a way to all work together. In the end, we managed to resolve these problems and build a multi-faceted app!

Despite coming in with no C# or game development knowledge, we managed to put together a functional game in under 24 hours.

This experience taught us a lot about not only new forms of programming, but also how to overcome the unexpected challenges of building our own idea from scratch. This was the first time any of us had developed our own project, and we came out of it more inspired to code than ever.

We hope to continue developing the game, adding in different characters, new levels, and power-ups. We also hope to connect the app to Venmo to further facilitate the process of splitting the bill. 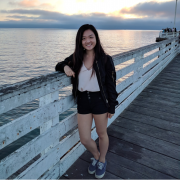