Aside from coding and being a student, I (Matthew) am also a part-time DJ. I tend to choose songs for my sets based on whether I like them or not. The problem is it that the songs may be good, but may be good to transition with. Finding songs that matches similar tempo, key and genre means that it will most likely transition well with the track. I decided to launch the application "DJ Track Match" as it would allow me to find songs faster and more efficiently for my sets.

Throughout our hackathon, we have learnt many things. I learned about how React, Node JS and APIs work which was very valuable to me. I also learned how it is working in a team. Aside from the learning, I believe it was a very inspiring event.

We started building the app by trying to use the Octave Group API, but after numerous tries, we ended up using the Spotify API for their library, recommendations, audio analysis and search. We tend proceeded to finding a way to prompt the user to search songs. Once searched, it will display the matching songs in which you can then ask for the bpm and key of the song, as well as display up to 10 recommendations to play after the track based on the tempo, key and genre. We went back and forth with both APIs debating which one to use. We also had to learn a lot as we are still unfamiliar with React. We also have not done the design of the app up to now. 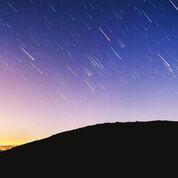